The biggest meeting of the year, and the Friday qualifying sessions didn’t go well for us, or for some others in the class. On our first qualifier the bike didn’t burnout (rider error) and then hit the turbo speed limiter on the launch. After a 7 hour wait our next qualifier was at nearly 9pm, with immediate tyre shake.

We reverted back to our 6.56 settings for boost and clutch but the weather forecast for Saturday was not good.

At close of play Friday we were qualified 6th with Steve Woollatt in #1, Fast Fil struggling and Rene had grenaded his motor. Eric Richard was also struggling a bit, so it was all to play for if we could get a decent run in Saturday. 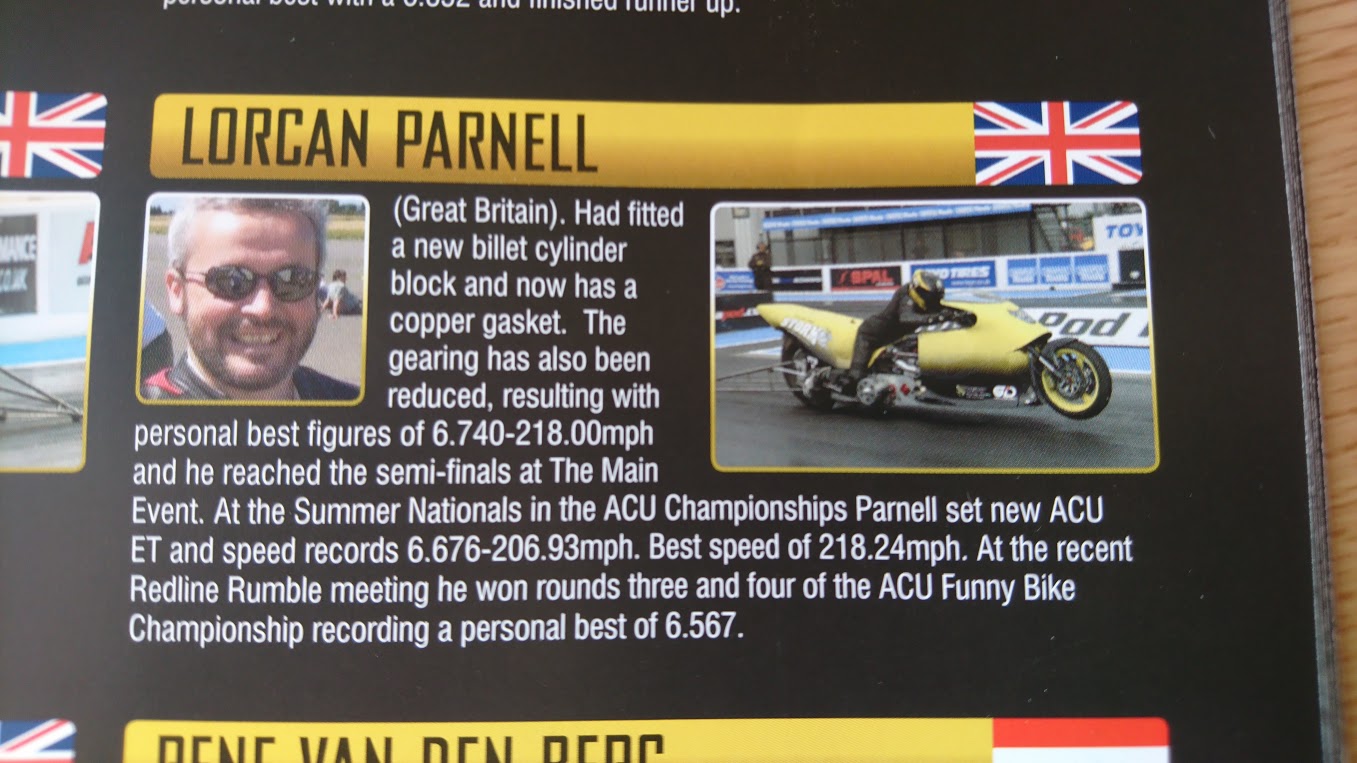 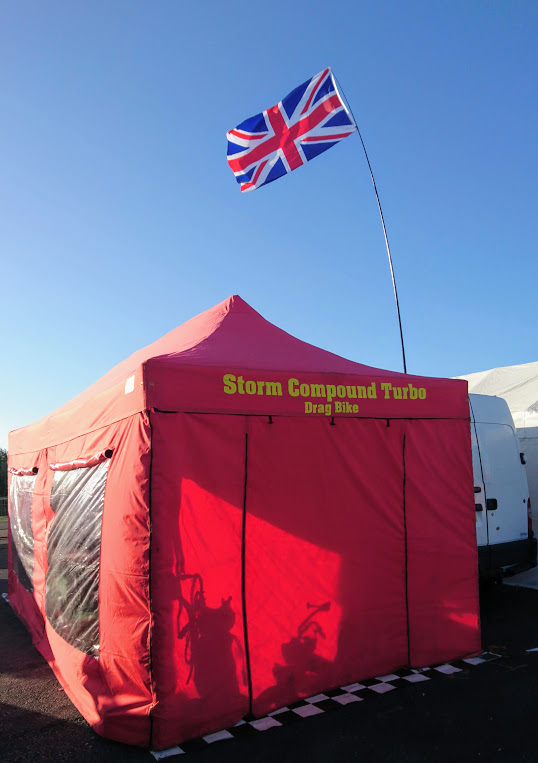 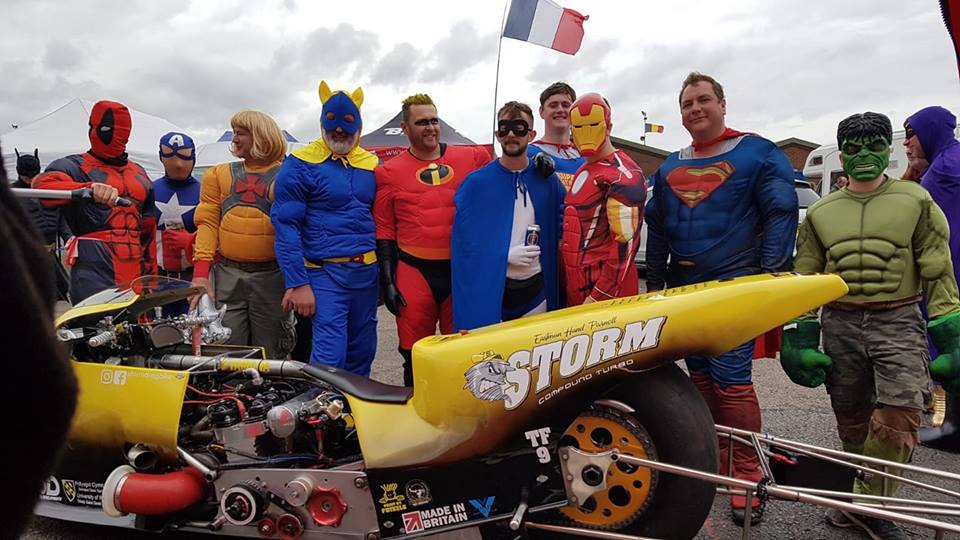 Saturday brought just one daytime qualifier due to rain, 6.94 @ 201 which put is in third place. The bike double-shifted from first to third gear, and cracked the exhaust headers on the run. We could weld those up in the morning and see where the pairings take us. Fast Fil went into the field at the end of the track on his run – he was ok but there was some damage to the bike. Meanwhile, Rene had rebuilt his engine and was back in the game! We elected not to run the second night time qualifier as it was run very late. 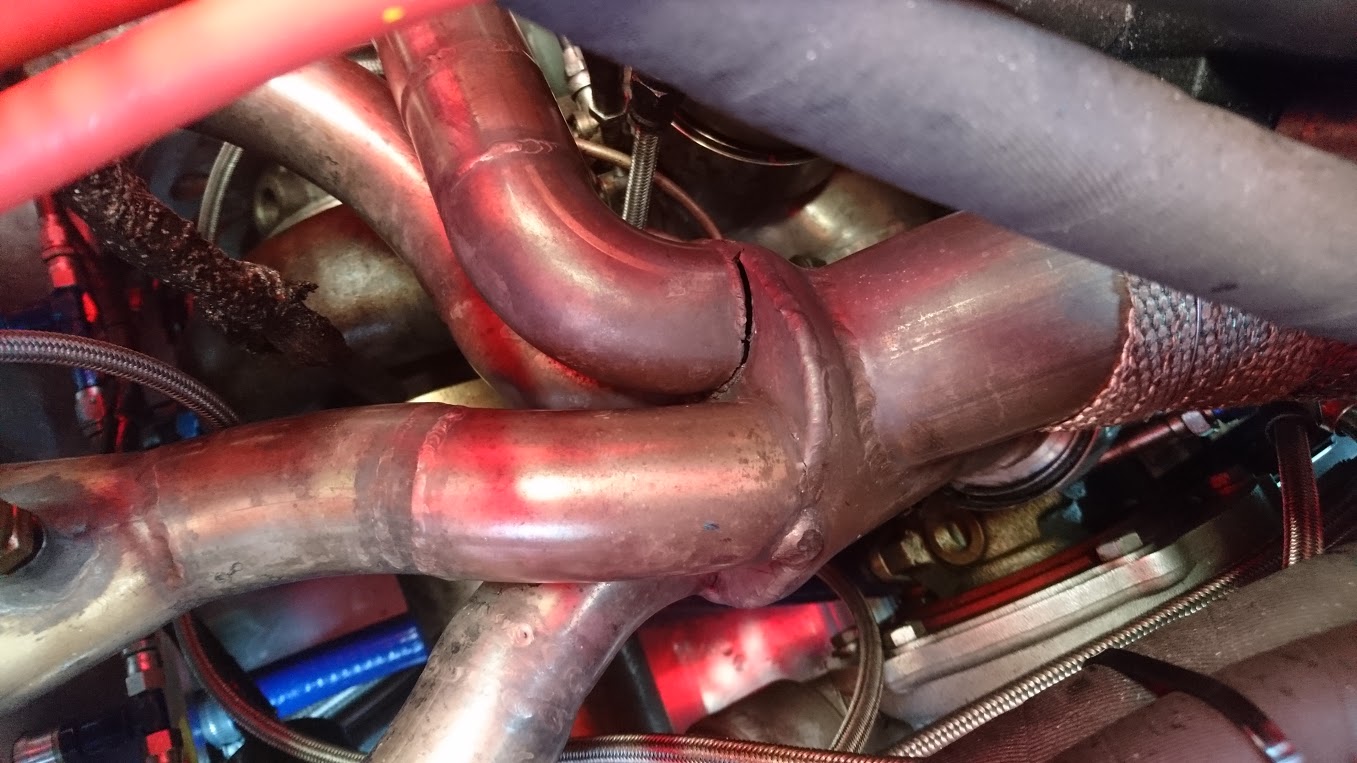 The team tried to patch up the exhaust on Saturday morning but it was impossible to weld without taking it apart and the patch didn’t hold, allowing our nemesis Dale Leeks to take the win in round 1 with a 0.05 margin 7.15 against our 7.25.

Steve Woollatt went on to win the event. 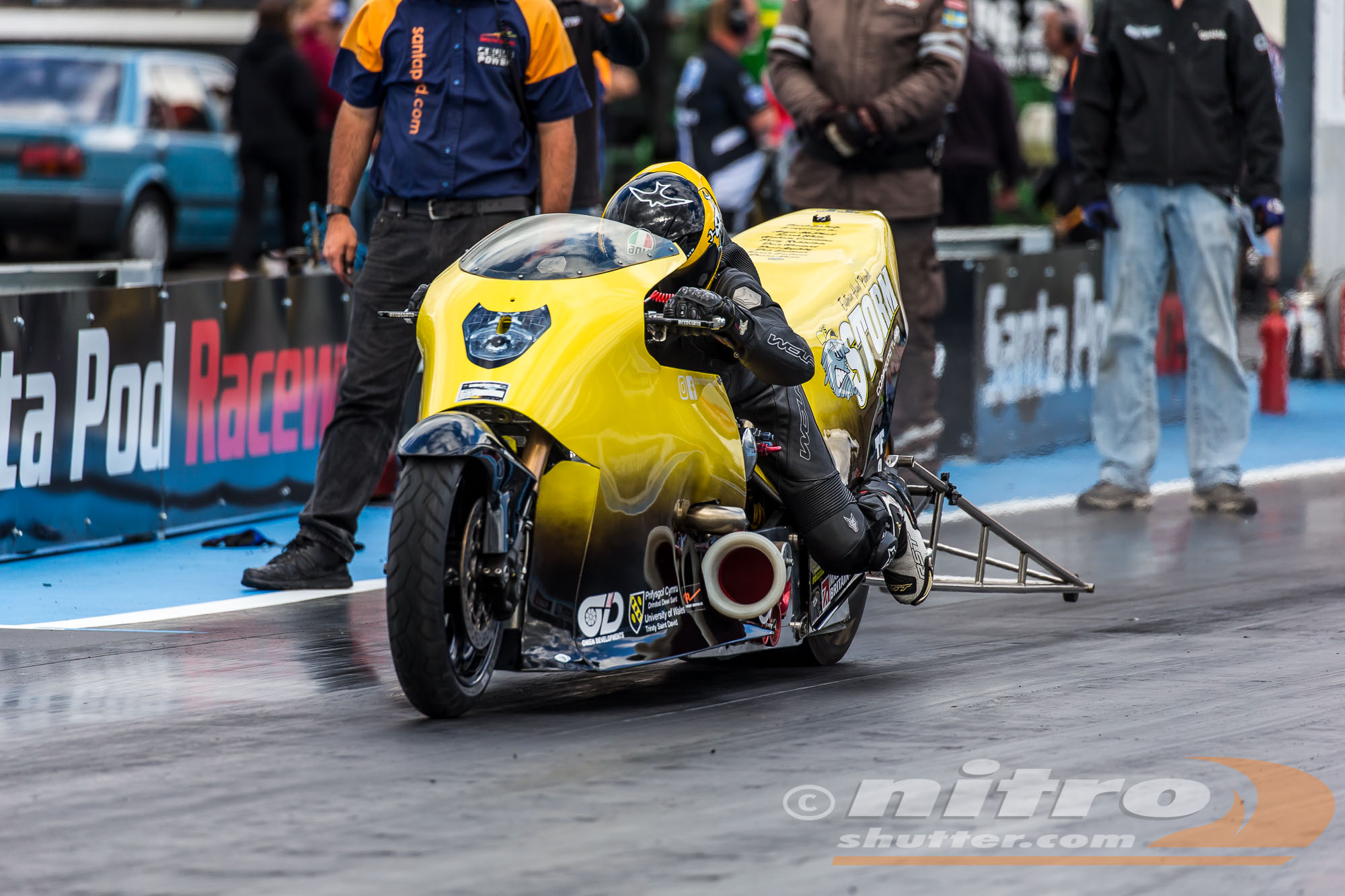