The first meeting of 2017 for us, and we have a new “air” clutch installed. Designed by Barry, it is entirely self-contained, with no external piston or ram. It has around 28 square inches of pressure area, so 1psi of air pressure means 28lbs of pressure on the clutch pack, 50psi means 1400lbs of clutch pressure.

Up til now we’ve been running the traditional 6″ Bentec-type Top Fuel type centrifugal clutch in various guises, the last of which had input from the late Brian Johnson and had 3 sets of 3 arms. All of these clutches had some kind of air/hydraulic hold-off, as unlike a Top Fuel bike we can’t launch from idle, and need at least 8000rpm on the dial to generate enough boost to haul our 400kg, 3 speed, turbo bike off the line. Unlike a Super Streetbike though, there is no “off the shelf” Gann/MTC slider that we can use either. We need the power handling capability of a Top Fuel clutch with the control of a Super Streetbike clutch.

The centrifugal/hold-off combination has always meant compromises for us, with our best 1.0 sixty foots to date being achieved by slipping the clutch to the rev limiter, using crank inertia to launch, then bogging the engine to 6-7000rpm, then letting the torque of the compound turbo system haul the engine back up for the change to second gear. This hold-off also created a delay of around 0.25 secs between releasing the anti-lag, and the hold-off piston moving far enough to engage the weights and move the bike. This could often be seen in our videos as the bike in the other lane gaining a big holeshot. Fine for qualifying, but not for racing where a much quicker acting system is needed to prevent us losing to a slower bike.

Here are some pics of the new clutch, without the cover. 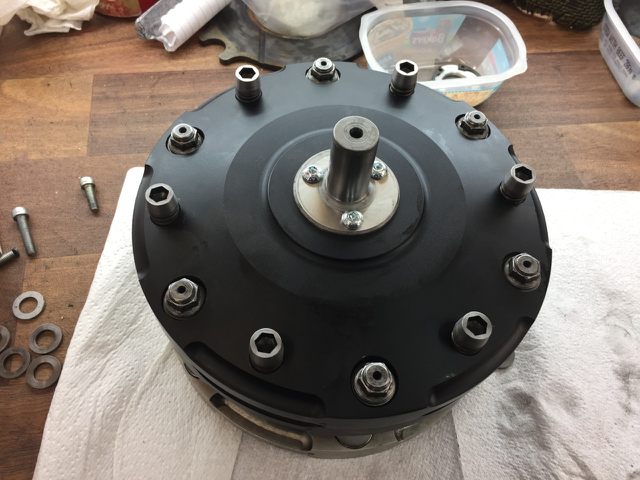 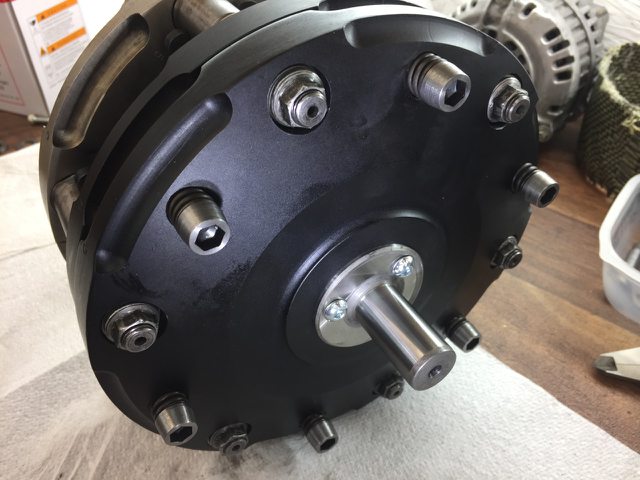 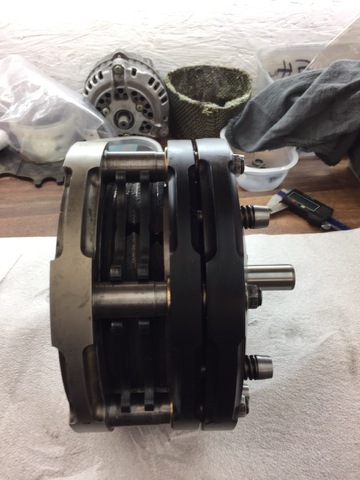 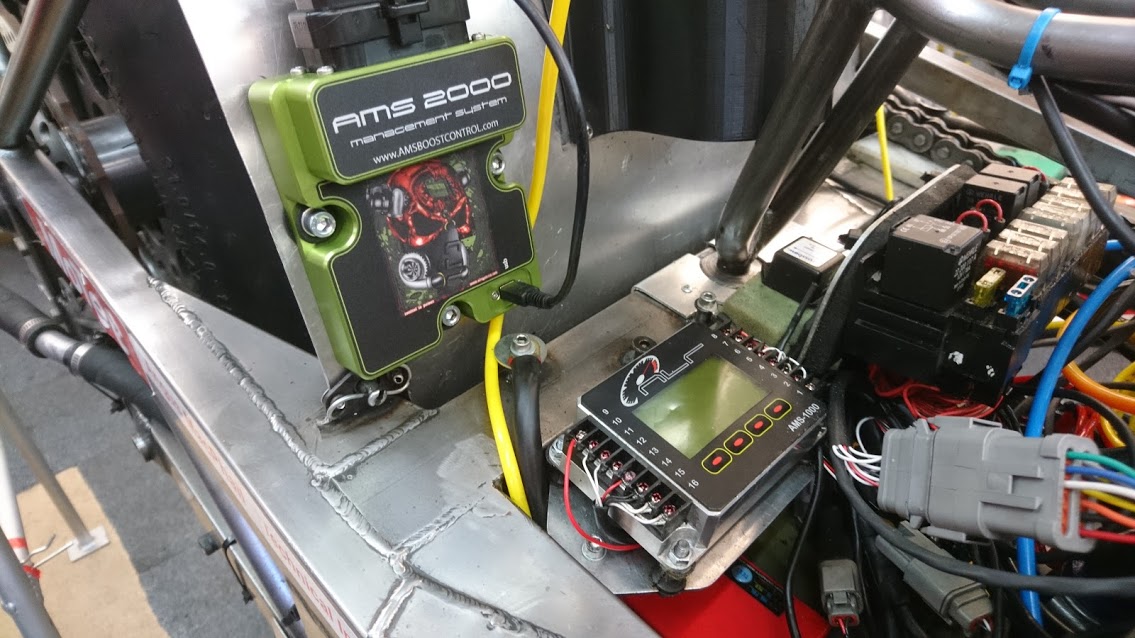 And with the cover on. 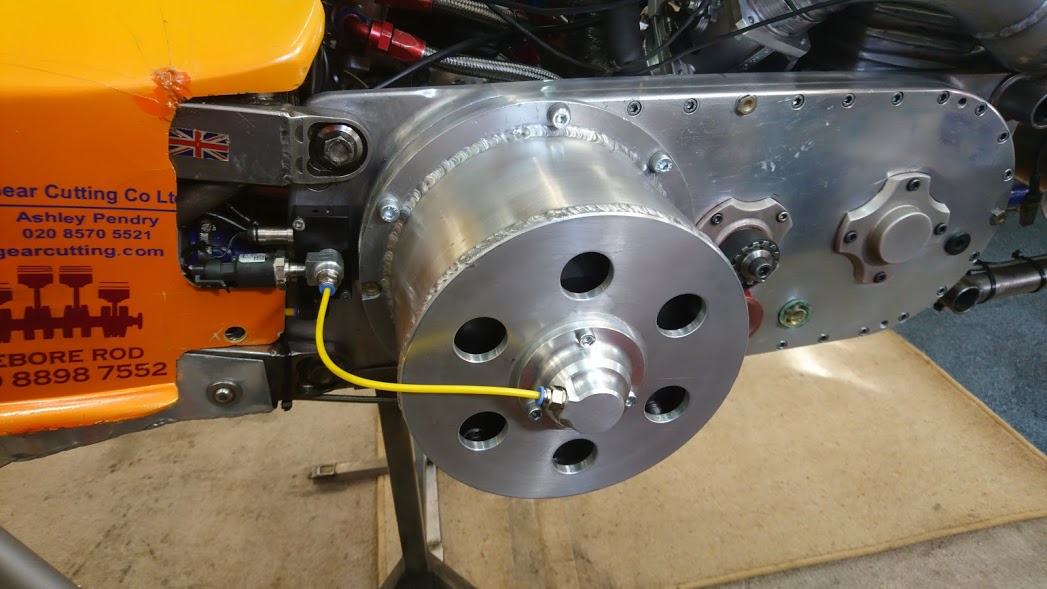 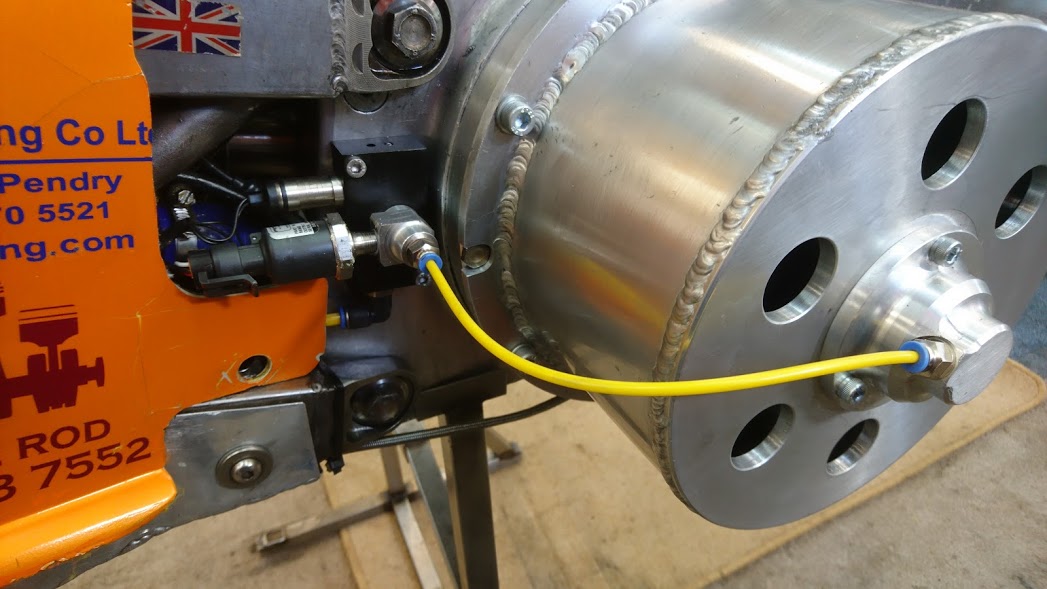 The new clutch design needed a special air seal, capable of high rpm. Clive Munns of Sealmasters came up with the goods, and at a very reasonable price, thanks Clive!

The clutch is controlled by an AMS2000, supplied by Brad O’Connor and installed by Mark Harrison from Owen Developments, along with a Motec dash to expand our datalogging capability. We only finished the installation just before the Festival of Power though, so with no time to test the set up before the meeting, we turned up a day early. Things over the next 4 days didn’t go entirely smoothly…

After all this the good news is that the clutch now does what it should. It has a neutral. It drives to the line just off idle. It will hold-off at any rpm and then launch instantly without bogging. (In the datalog below the red line is the air clutch, black line is our typical run with the centrifugal.) Next time out we’ll be raising the launch rpm and aiming to beat our PB 60′ time.

Thanks as always to the hard working team: Mick, Barry, Dave, Graham, Paul and Sarah, to our sponsor Mark from Owen’s and to Brad for pointing us in the right direction.

Pics of the weekend from Sarah White: 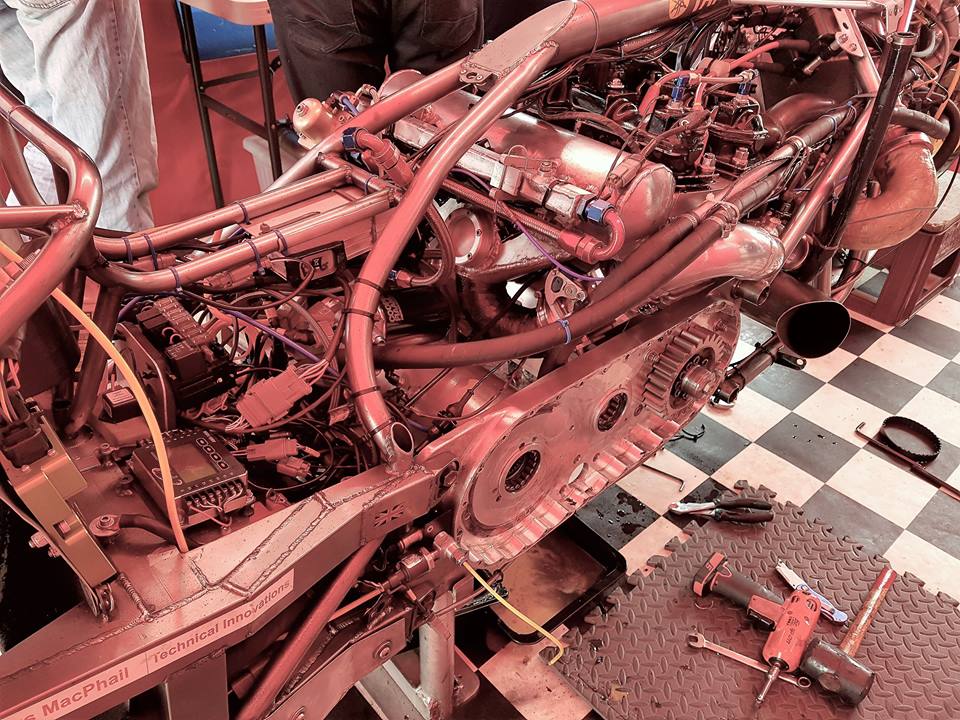 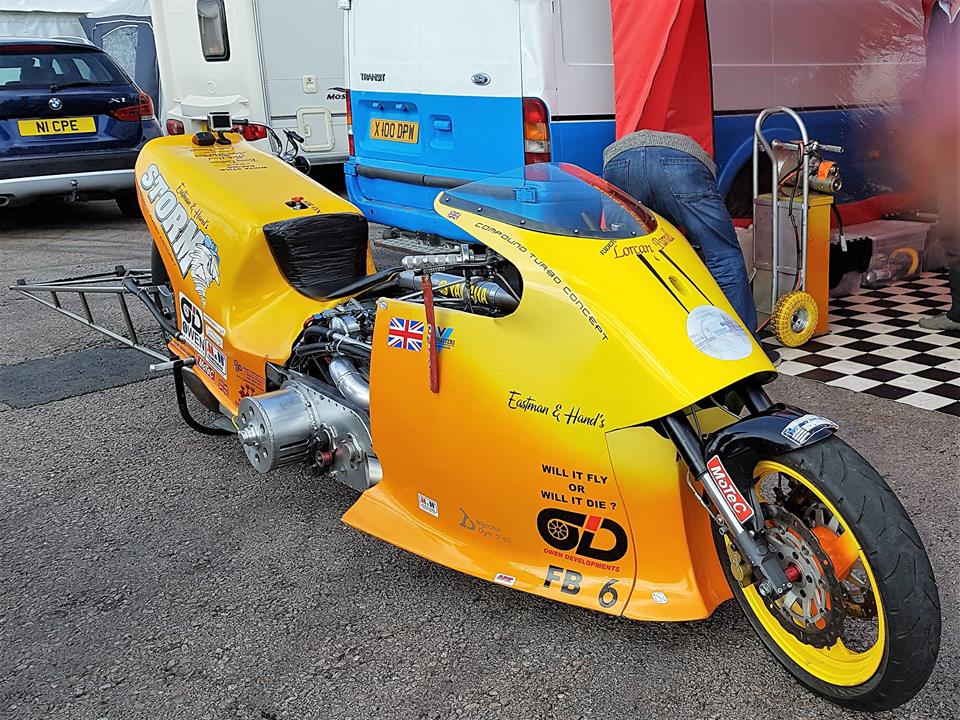 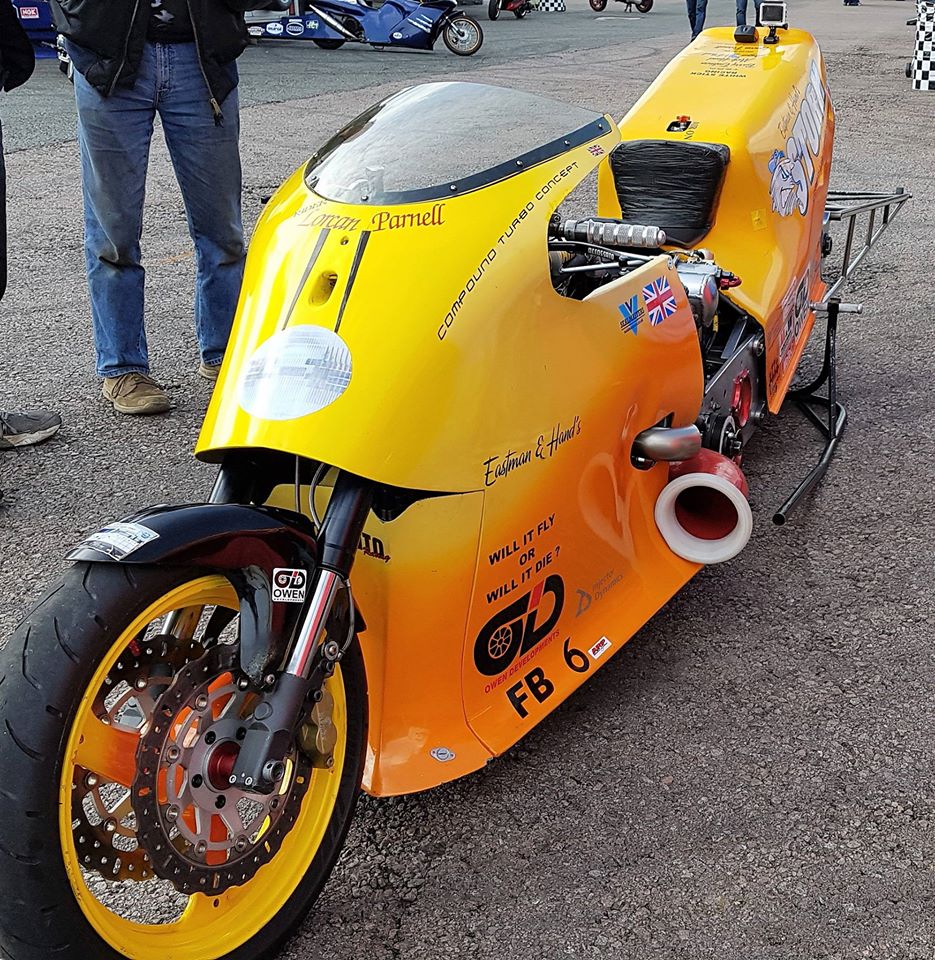 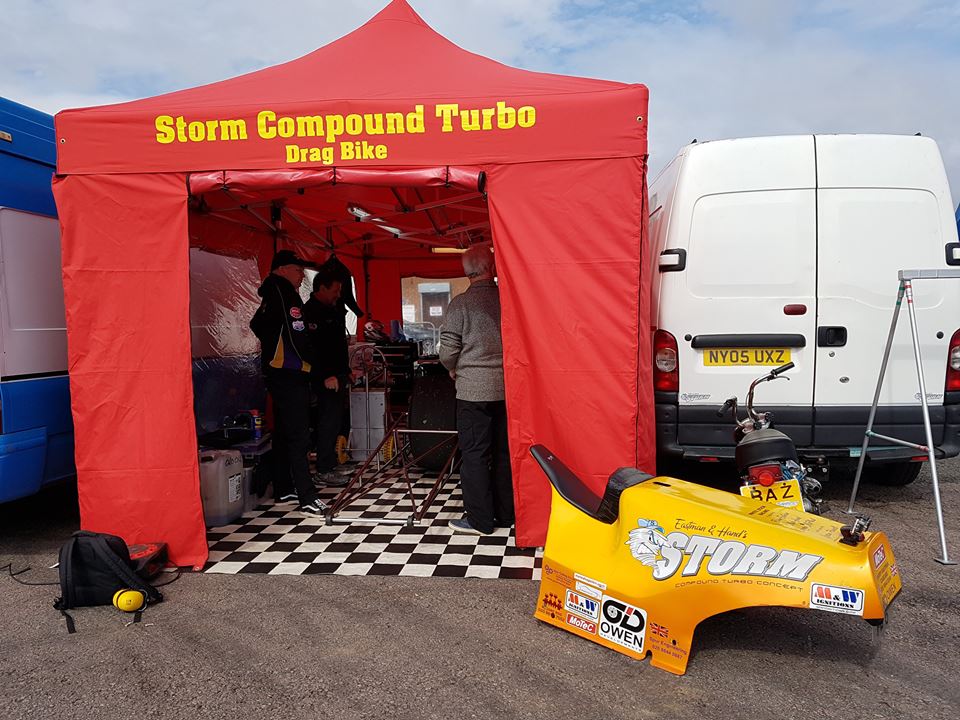 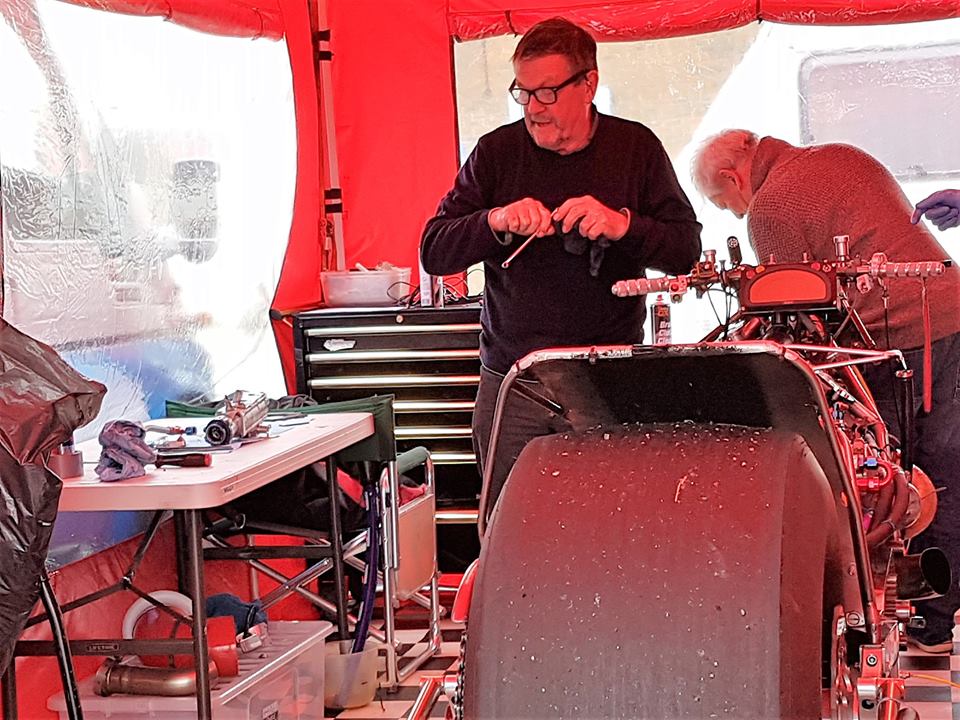 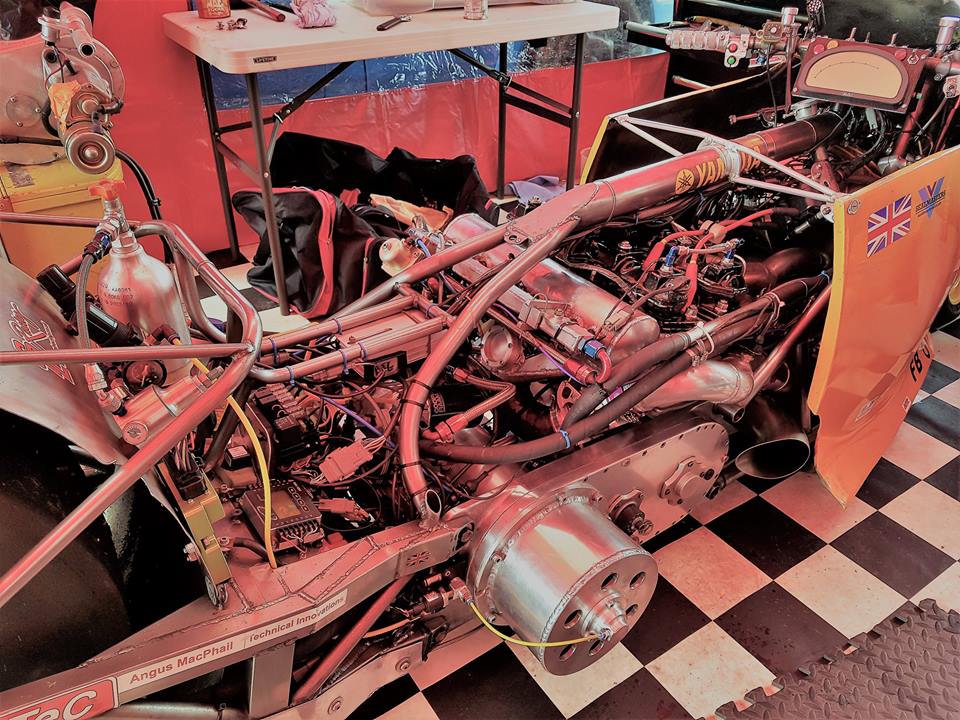 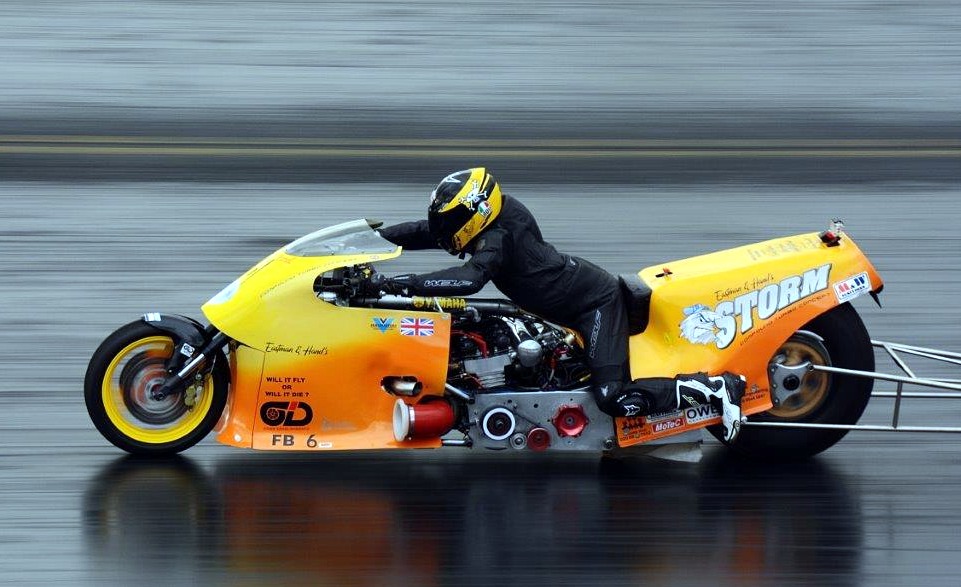